For ten years, Farrah Smith has helped a world-renowned ocean conservation organization protect the planet and save thousands of animals’ lives. During this time, she has established herself as a leader in the nonprofit space, grown her coaching business for teens and youth, and even become a TEDx speaker.

While Farrah’s accomplishments speak for themself, her road to success was not without its difficulties. In her youth, Farrah struggled with anxiety and a crippling perception of self-worth. As a young adult, her dream school UCLA rejected her application, and, shortly after this rejection, her father was diagnosed with stage 4 cancer.

Farrah could have looked at her circumstances and given up, but she didn’t. Instead, Farrah decided to try for UCLA again. She attended classes at a local community college to get the grades needed to reapply to UCLA. She was accepted into the program but had another hurdle to face. Should she go to her dream school or stay behind to be with her father?

Farrah’s father encouraged her to go to school and pursue her dreams regardless of the circumstances. With his voice ringing in her ears, she attended UCLA and graduated from their psychology program a few years after her father passed. Farrah looks at UCLA as one of her greatest accomplishments. It symbolizes her ability to overcome initial rejection and accomplish her goals in the face of major loss (not having her father cheer her on.)

After Farrah graduated from UCLA and didn’t land her dream job as a probation officer, she shifted her career towards a more public-facing role. She spent the next eight years handling public relations in Hollywood, selling real estate in Las Vegas, and hosting entertainment industry parties in LA.

While Farrah had a seemingly perfect life on the outside, on the inside, she was miserable. The more Farrah climbed the corporate career ladder, the less fulfilled she became. While Farrah had faced her UCLA failure and moved forward, she wasn’t moving in the direction she had hoped for. According to Farrah, her title and paycheck were impressive, but her career didn’t align with her core values or aspirations.

I successfully climbed the corporate ladder, but I was miserable because my life lacked purpose

As Farrah grew in her corporate work, something inside of her kept pushing against her career trajectory. She kept coming back to a greater sense of purpose: her desire to help teenagers and animals. She knew she had to find a way to make a life change and join the nonprofit sector, but she wasn’t sure how. People that knew of her success weren’t taking her desire to switch to nonprofit seriously. The preconceived ideas people had of her were another challenge she had to face. To move past the critics, Farrah had to completely reframe the narrative around her career and ability to thrive in a philanthropic setting.

Farrah spent the next year selling her belongings and minimizing her lifestyle to prove to herself and others that she could do nonprofit work. Every time someone said no to an interview because of her lack of experience, she took it as an opportunity for more practice and a chance for another yes in the future.

Around this time, Farrah met her hero, long-time animal activist Captain Paul Watson. She introduced herself to him and then spent another year networking herself to land a spot on his Sea Shepherd team. Farrah was trying to find ways to help Watsons’ organization financially before landing a job with them. Luckily, her networking skills paid off as she connected Watson and another wealthy individual over dinner. At the dinner, Watson mentioned he needed someone to do fundraising but said he couldn’t afford someone with corporate experience like Farrah’s.

While this comment could have led Farrah down a path of despair, she opted to push for her dreams even more. She told him she would work for less and do whatever it took to make her dreams a reality. She eventually landed a spot working with Sea Shepherd, became a certified life coach for teens and young adults, and found her passion.

Farrah knew if she could overcome her obstacle of getting into UCLA, face her father’s death, and completely revamp her career to join the nonprofit sector that anyone could. The challenges she faced turned into a message she wanted to share with others: there is power in embracing rejection.

there is power in embracing rejection Farrah Wasn’t Sure How to Share Her Message With Others

While Farrah knew she couldn’t change everyone’s circumstances, she realized she could empower others to make a change by sharing her story; but, she wasn’t sure where to start. All of the coaches she knew cost thousands of dollars more than she wanted to spend, and she wasn’t sure which details of her story were relevant to share.

Farrah was inspired as she made several attempts to share her message with the world. She posted to her Instagram and connected with others regularly. But, while her social media platforms grew, they weren’t amplifying her voice to the extent she wanted. The channel to amplify Farrah’s message was the missing piece to the puzzle.

Farrah thought maybe a TED talk would help her grow her platform and spread her message further, but she felt stuck and overwhelmed figuring out how to land one. That’s when she found Thought-Leader and learned how to land a Tedx talk.

How Thought-Leader Helped Farrah Share Her Message With the World

While Farrah knew she wanted to share her story with others, she wasn’t sure how to apply for a TEDx talk, join the TEDx program, or tailor her message to the TEDx platform. So Thought-Leader used a personalized approach to help Farrah clarify her message further.

I could either pay $20-$30k for a one-time coach or use Thought-Leader for significantly less and earn the help of the entire team.

My initial call with Thought-Leader won me over. I remember working with Lindsay, Sophie, Erica, and others. There was this personal touch you just don’t get elsewhere. Also, for the price, it was unbelievable. I thought I could either pay $20-$30k for a one-time coach or use Thought-Leader for significantly less and have the continual help of Taylor (who’s given multiple TEDx talks) and the entire team. – Farrah Smith

Once Farrah joined the Thought-Leader community, she immediately got to work. She attended our weekly coaching calls and followed our entire process. Farrah submitted her TEDx events application quickly and worked with our strategists’ feedback to solidify her message. She even landed her talk in 3 applications, something that is unheard of in the TEDx community. We can help you too through our Tedx coaching services.
Watch Farrah's TEDx Talk!

Since Landing a TEDx Talk, Farrah Has Impacted Over 20,000 Lives

Since landing her TEDx talk a few days ago, Farrah has already impacted over 20,000 lives. After watching her talk last week, a colleague reached out, offering to share it with their 20,000 contacts. These 20,000 individuals are in addition to the already 5,600 views she has on Youtube. UCLA also reached out to Farra after watching the talk and asked her to speak on their campus. Major publications like Forbes, Entrepreneur, and National Geographic, have also recognized Farrah. She even earned the title of one of Yahoo’s Top 10 Life Coaches Who Will Elevate Your Life in 2021.

As an activist, educator, coach, speaker, writer, and mindful entrepreneur, everything Farrah does comes from the power of positive thinking. She attributes her impact on the world to her service mindset. It’s this mindset that makes her customer success story so unique. Her goal is to teach people how to get better results in everything they do by liberating them from their limiting self-perceptions and awakening them to their own potential.

live a life with purpose

People live with quiet desperation to lead a life that matters, but many times fear, doubt, and insecurity holds them back from acting on their deepest desire to have a more meaningful life. I want everyone to know they can live a life of purpose no matter what their present circumstances might be.

Farrah’s TEDx message of perseverance is something we can all learn from. Farrah didn’t anticipate her TEDx talk to encourage so many individuals in such a short amount of time, but we’re not surprised it did. Since Farrah learned the power of embracing rejection, she’s been nothing short of dynamite.

Book Farrah for Your Next Event! 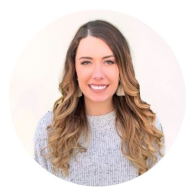